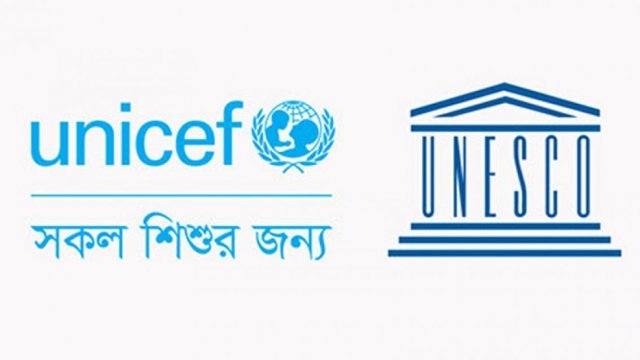 UNICEF-UNESCO has commented that the educational institutions that have been closed for 16 months should be reopened first. UNICEF Executive Director Henrietta Four and UNESCO Director-General Audrey Azul made the remarks in a joint statement on Monday.

The statement said that 18 months have passed since the start of the Corona epidemic and millions of children are being deprived of their education. So far, primary and secondary schools have been closed in 19 countries around the world. As a result, more than 15 crore 80 lakh students are being affected.

The statement added, “It cannot continue. In case of closure, schools should be at the end of all and in case of reopening, it should be in the forefront.

“Governments have closed schools many times to keep the infection at bay and have kept them closed for a long time,” it said. Even when the epidemic situation does not claim it. Often these measures have been taken as a first rather than a last resort. In many cases, schools were closed but bars and restaurants were open.

The statement said, “In the case of children, it will have an impact on their physical and mental health as well as their educational attainment and social involvement.”

Parents and caregivers have to bear the same amount of loss. “Children around the world are forcing parents to give up their jobs, especially in countries where there are no or limited family vacation policies.”

Noting that the transition should not wait for zero to open educational institutions, the statement said, “It is clear that primary and secondary schools are not among the main drivers of the transition.” In most cases, the risk of Kovid-19 infection in schools can be addressed through appropriate mitigation strategies. The decision to open or close a school should be based on a risk analysis and the epidemic situation in the community in which the school is located.

‘Not all teachers and students can wait to be vaccinated in case schools reopen. Globally, the vaccine deficit has hit low- and middle-income countries hard. In this situation, priority will be given to the front line workers, people who are at risk of serious illness and death. All schools should make it compulsory for students to attend school in person as soon as possible, without making vaccination compulsory before entering school.

The moon has been seen, Eid-ul-Azha on July 21

We are trying to make education happy by reducing the pressure of exams: Minister of Education